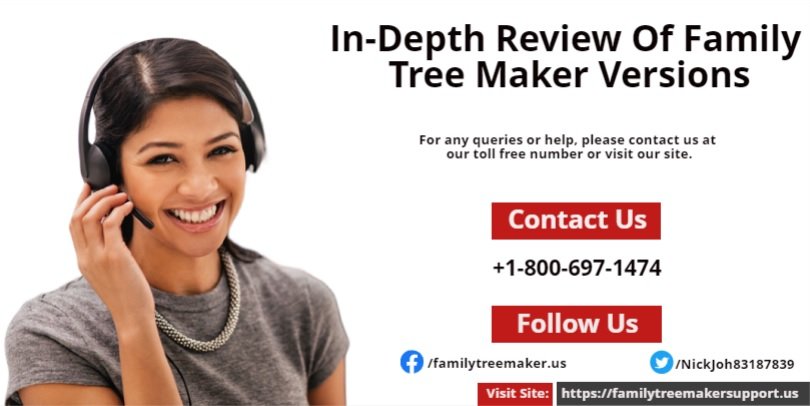 Hello there, welcome to familytreemakersupport.us. As all of us know that how popular is family tree maker software. Many people used this software.

Family Tree Maker software has a lot of versions since its development. Today in this article, we will tell you some popular family tree maker versions.

Family Tree Maker is genealogy software. People used this software to make a family tree. So that people create a family tree to preserve their family records for the future.

Kenneth Hess developed this genealogy software. The first version of family tree maker was released in 1989 by Banner Blue Software. It is a DOS edition. At that time this is not supported GEDCOM file.

Family Tree Maker version 16 got the Best Consumer Productivity Solution Award in 2006. This is how family tree maker performed well but on 8th December 2015, Ancestry.com  announced that it would be discontinued Family Tree Maker.

On 2nd February Ancestry com announced that the software Mackiev company that developed the MAC version of the software would acquire the FTM software.

Now software Mackiev sold the family tree maker software. Owners of the then-current versions of Software MacKiev were promised free updates at the same time as this announcement.

Despite the fact that the MacKiev dot-one versions were available for purchase within two months, they were not formally distributed as free updates to the current versions until December 30, 2016. Connectivity with Ancestry was also extended at the time, pending the rollout of its replacement.

The FamilySearch.org Family Tree integration provides probable matches, but not to their massive record holdings. Ancestry.com’s TreeSync service has been replaced with FamilySync. Colour Coding is a new feature that allows users to give a person and their ancestors up to four different colours. Photo Darkroom is a brand-new function that allows you to darken faded black-and-white photos.

Version 1.0 is the first version of family tree maker software. Banner Blue Software company released this version. This version comes with the DOS edition in the year 1986. It comes with .FTM extension and do not support GEDCOM file.

Ancestry.com released this version on 19 August 2009. It is compatible with Windows, Vista and XP SP2.

The released date of this version is 31 August 2010. Ancestry released this version. It is compatible with Windows, Vista and XP SP2.

Family tree maker version 2012 is also a popular software. FTM 2012 was released on 29 September 2011. Ancestry.com released this version. It is compatible with Windows7, Vista, and XP SP2.

We hope this post is beneficial to you and you will get the right decision regarding the right version of the family tree maker.

What is the current version of Family Tree Maker?

The latest version of FTM is FTM 2019 which is still the best genealogy software in 2021.