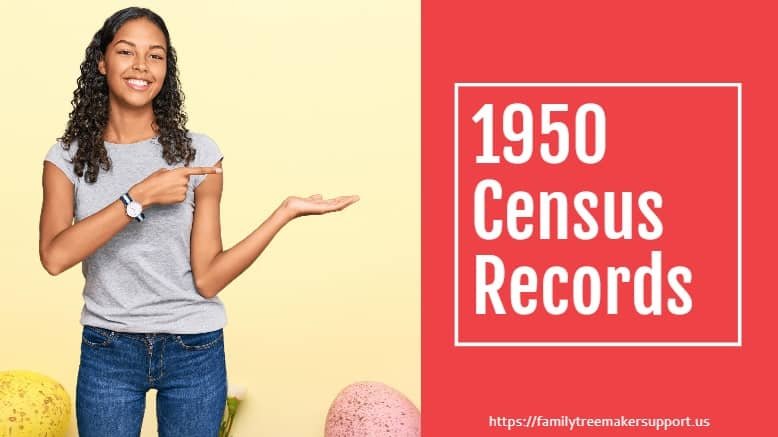 What Is Census Record?

Census Record is like a population registered in which all the people of the country are registered with the people details. In the census record, you can check your ancestor’s address, location, and profession also. A census record is taken every 10 years since 1790.

How To Search 1950 Census Records?

The United States released a snapshot of census records after a 72-year restriction. The most census record available from 1940. 1950 census record will be released on 1 April 2022 and then users will be able to access it free through a dedicated website.

You can check your census record from 1 April. A link will be available on the website there. The NARA (National Archives and Records Administration) has digitized and will provide free online access to the 1950 Census schedules for U.S states and territories. You can also download the census data in bulk through the amazon web services.

#Q1. What are census records used for?

Ans: Different people and organizations use census records for different purposes. For example, some academics use this for estimates for predicting trends and local authorities use these records for planning policy and local services.

#Q2. How do I find census records?

Ans: You can find your ancestor’s records through ancestry.com or familysearch.org. Ancestry is available free of charge at the National archives whenever FamilySearch is free of charge.

#Q3. How do I find free census records?